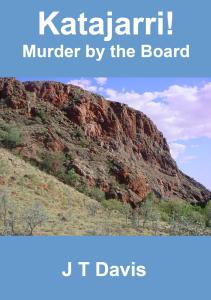 An action-packed novel set in the wild north of Western Australia.
Buy now on Amazon Kindle. Only A$4.09.

A cyclone has exposed what may be fossils of scientific significance on Katajarri, an island off the north-west coast of Australia. A geologist sails out to examine the finds. There’s just one difficulty –  the  company that works the island does not want anyone to know about the discovery.

Disclaimer: The characters and events in Katajarri! Murder by the Board are fictitious, as are the locations of Freshwater archipelago and the island of Katajarri.