In 1879, John Allan “Jack” O’Neill established the Queanbeyan Times newspaper in one of the most important ventures in Australian publishing history. As the flame burning half as long but twice as bright, in its brief fourteen year history the Times had a profound influence, giving rise to some of the most significant writers, journalists and politicians in Australia and New Zealands’ history. The Times was eloquent and advanced, reporting on new discoveries in science, and in its Centennial edition in 1888, while most of Australia was following the colonial line, recognising the first peoples as the original owners of the land, publishing an original stanza lamenting their demise.

The 1888 Centennial editorial is reproduced in full in The O’Neills of Queanbeyan. The January 23, 1888, issue of the paper is held by the State Library of New South Wales, one of the very few issues of the paper to have survived following its sale to the Queanbeyan Age. Likewise, Jack O’Neill’s Queanbeyan Observer, which he established in 1889 but sold, in name, to John Gale’s son-in-law in 1894, with Gale assuming management of the paper on November 1, stating he was changing the position of the paper from its former “left” free trade/labour leaning under O’Neill to protectionism under himself.

Along with much other new information, my research has revealed that the poet, Victor J. Daley, was working at the Times in Queanbeyan in 1884 (see excerpt below), whereas other biographies refer to him having left Queanbeyan by 1881.

Note also that when originally founded by Archibald and Haynes, the Bulletin was of a more “left” free trade/labour political leaning, only becoming blatantly politically protectionist after Haynes left in 1886 to found his own paper, the Newsletter.

The O’Neill’s of Queanbeyan contains a detailed history of the Times, a taste of which can be gained from the following excerpts (click on the images and zoom to read) - 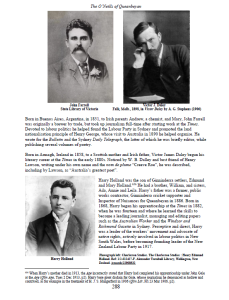 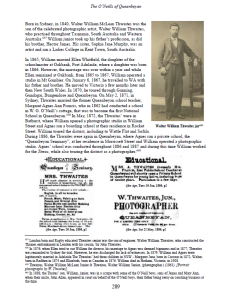 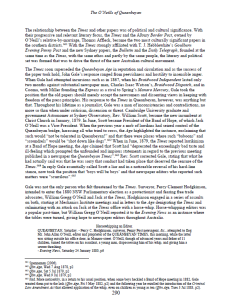 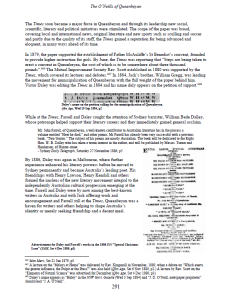